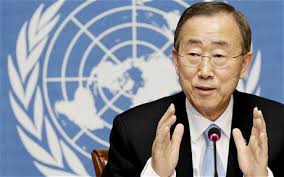 The world needs "cool heads" to prevail and leaders to come together, United Nations Secretary-General Ban Ki-moon has told the Hürriyet Daily News ahead of his arrival in the Turkish city of Antalya on Nov. 14 to attend the Group of 20 Summit.

The U.N. chief said he was looking forward to discussing the matter with leaders at the G-20.

Turkey's generosity toward 2.2 million Syrians seeking refuge in its territories is commendable, he also said, adding that the U.N. and the international community were grateful for what the Turkish government and the Turkish people had done for Syrians.

He also highlighted a need for steps to reform the Security Council into a more transparent, accountable and broadly representative body.

Here are his answers to the Daily News' questions:

How do you evaluate the Nov. 13 attacks in Paris?

The attacks we saw in Paris were a despicable act of terrorism. I stand with the government and people of France at this trying time, and extend my deepest condolences to the families of the victims.

What happened in Paris was just the latest senseless violence we saw this week with attacks in Beirut and Baghdad. Turkey also has suffered from these types of attacks.

What is clear is that terrorism is a threat to all mankind. We are heartbroken at seeing so many families, so many communities suffer. It is also tragic to see so many people - largely young men - so radicalized that they are willing to lose their lives in spasms of meaningless violence.

We need to address the root causes of this threat and we need cool heads to prevail, and we need leaders to come together to end this scourge. I look forward to discussing this with other leaders at the G-20.

The tragedy in Syria has the possibility to deepen every passing day with no hopes for an immediate political settlement to the problem. On the contrary, the problem in this country has been very much complicated with the presence of the world's deadliest terrorist organizations, like the Islamic State of Iraq and the Levant (ISIL). What is the U.N.'s projection as for the future of this unrest and of Syria?

The situation in Syria continues to deteriorate: the death toll is now over 240,000 and an estimated 5 to 6 million people, out of a total of 22 million, have left the country. Syria is emptying and we also have 13.5 million people in Syria now in need of humanitarian assistance -a 10 percent increase since January.

Without a sustainable political solution, there is no way that our humanitarian work in Syria will even be sustainable. The needs are too high, and they are increasing.

Recent military engagement has only worsened the already tragic humanitarian situation in Syria. In October only, over 120,000 people were displaced within Syria and across the border into Turkey.

I keep insisting that there is no military solution to this conflict.

Terrorism is a symptom of the continued conflict in Syria. We need to ensure that the root causes are addressed and a political solution that meets the demands of the Syrian people is found.

I sincerely hope that the reinvigorated political process following the meetings in Vienna will allow us to assist Syrians to devise the peaceful and prosperous future that they have been aspiring to for far too long.

In your address to the U.N. General Assembly late September, you underlined that the diplomatic paralysis of the Security Council and others have allowed the crisis to spin out of control and at the same time the role of regional powers and rivalries have been fueling the fire. What would be your call to all these actors in regards to ending the crisis in Syria?

The Syrian conflict is a major threat to international peace and security in an already fragile and polarised region. Genuine international unity of purpose and action is required to bring the Syrian crisis to an end.

The international community and parties to the conflict need to be serious about ending the violence in Syria. Civilians need to be protected and unhindered humanitarian access guaranteed.

I also reiterate my call for an end to violent extremism and sectarian rhetoric, as well as my appeal for peace and justice.

As key international players prepare to meet in Vienna again on 14 November, I call on them to remember the Syrian people. This conflict has been too bloody and gone on too long – the suffering must stop.

The U.N. is ready to work with the international and regional community to put their differences aside and remember their humanity.

Again in your statement to the General Assembly, you named five countries holding the key for breaking the impasse in Syria: The Russian Federation, the United States, Saudi Arabia, Iran and Turkey. A platform bringing these countries together has seemingly been built through two rounds of talks in Vienna with news that they would be followed up with in the upcoming weeks. As your Special Envoy is also involved in this process, what would be your assessment on Vienna talks? Does the U.N. have a road map that would reinforce these efforts?

I am encouraged that the international community managed to reach a preliminary understanding in Vienna on the way forward for a political settlement to the Syrian conflict. It is also a clear step in the right direction for Saudi Arabia and Iran to have sat at the same table.

The Vienna text at present needs clarity on a number of key points and while substantial differences remain, I hope that in the coming days and weeks the international community will be able to narrow these down, and build upon the areas of agreement.

Our immediate term priority is to try to use the Vienna track to ensure that we develop the political framework and leverage for credible Syrian negotiations.

The Vienna participants invited the U.N. to relaunch political negotiations between the Government and Syrian Opposition based on the Geneva Communique, which is explicit on a transfer of executive powers and control over the security forces to a new governing body during the transitional period. I believe this is a fundamental principle which should be upheld in the Vienna track.

The U.N. will also assist in establishing modalities for drafting and ratifying a new constitution. And though a lot would still need to be achieved before this is possible, according to the Vienna communique, future elections will be administered under UN supervision.

As far as we understand from the Vienna talks, disagreement on the future of Syrian President Bashar al-Assad leads to a stalemate. Could you please outline the position of the UN Secretary-General on this very specific issue: Should President Assad have a role in this transitional period? If yes, should it be a temporary one?

I hope that President Putin will use Russia's leverage in Syria to persuade President Assad to engage in negotiating a genuine political transition in Syria.

Ultimately, it must be up to the Syrian people to decide what role, if any, President Assad could play in a transition or the future of the country.

The Geneva communique of June 2012, which Turkey and other important countries endorsed, sets out very specific requirements for a transition.

You describe Turkey among countries holding the key for the solution in Syria. How would you categorize Turkey's overall position and role since the beginning of the crisis in 2011?

The United Nations, I as Secretary-General and the international community as a whole are very grateful to the government and the people of Turkey for embracing the Syrian population inside its borders. This is a heavy burden to bear.

As you mentioned, I consider Turkey to be one of the 5 key countries needed to solve the Syria crisis. I rely on Turkey to remain actively engaged in the Vienna talks and to work towards a meaningful political solution.

To this end, I encourage Turkey to exercise its influence with the Syrian opposition to develop a clear strategy and a unified, inclusive delegation for future talks.

The Syrian unrest produced two major global problems: extremist terrorism and a refugee crisis. There is an ongoing fight against the ISIL in Iraq and Syria by the international coalition. Do you think this fight alone will help in degrading and in defeating the ISIL?

Addressing this challenge requires a coherent global response. No single country or organization can defeat terrorism and violent extremism on its own. All countries need to work together to forge a comprehensive response at the national, regional and global levels that respects international human rights and humanitarian law.

To efficiently address the threat posed by violent extremism, I strongly believe that we must take a comprehensive approach, which not only encompasses ongoing, essential security-based counter-terrorism measures, but also systematic preventive measures that address the drivers of violent extremism.

To that extent, I call on all member states to support the U.N. Plan of Action to Prevent Violent Extremism and the U.N. Implementation Plan to Stem the Flow of Foreign Terrorist Fighters.

We know that violent extremism flourishes in situations where human rights are violated, aspirations for inclusion ignored, and too many people, especially young people, lack prospects and meaning in their lives.

The refugee crisis continues to be a growing problem as well. Turkey is the country hosting more refugees than any other country in the world but receives little assistance from other countries and organizations. How would you evaluate Turkey's continued open door policy while a number of European countries has been closing their borders to refugees? What is your call to the international community in dealing with this issue?

Turkey is home to the largest population of refugees worldwide. I value its support to regional and global efforts to address migration sustainably - through its chairmanship of the Global Forum on Migration and Development to address migration sustainably, during its presidency of the G-20, and through its hosting the World Humanitarian Summit in May 2016.

The United Nations continues to prioritize the protection of human lives. We have a responsibility – a common responsibility – to act before more lives are lost. It is important to provide lifesaving humanitarian assistance immediately.

Our response must be comprehensive, focusing on countries of destination, transit and origin. The international community needs to crack down on smugglers while saving lives and upholding human rights and international law.

I understand the challenges, having seen them first-hand. This is a global issue, even though it may happen on the European continent, it has emerged as a global issue.

I commend European leaders who have been working tirelessly to find collective measures. Europe needs adequate reception and protection mechanisms for asylum-seekers and refugees.

The United Nations is ready to work with leaders of affected countries to address the root causes and to explore how European countries can provide international protection and sustainable solutions for refugees, including resettlement.

I am concerned by reports about violence and xenophobic sentiments directed against migrants and refugees in Europe. We must reject the politics of division and fear.

The U.N. is not immune to criticisms and Turkish leaders are apparently and quite frequently using their right to criticize the U.N.'s inefficiency in resolving global problems. Turkish leaders are often calling for the need to reform the U.N. and UNSC with the inclusion of more countries, especially those from the Muslim world. How do you evaluate this criticism?

I think to a certain extent it is a fair criticism.

As the Secretary-General, I have been an advocate and champion for U.N reform.

On Security Council reform, I hope that substantial progress will be possible during this session of the General Assembly.

It is important to take steps to reform the Council into a more transparent, accountable and broadly representative body. But this is the prerogative of member states.

I welcome Turkey's engagement in discussions on reform of the Council. 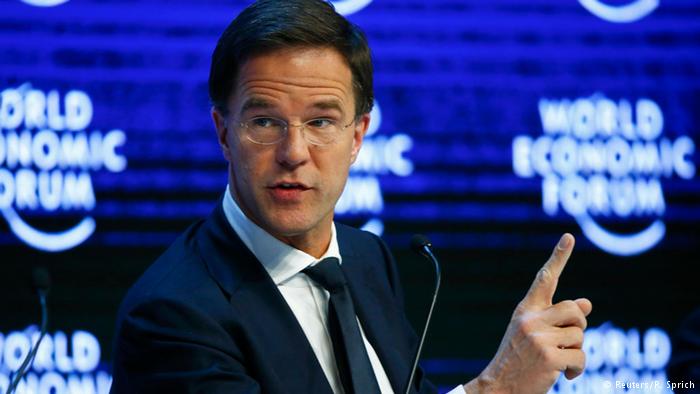 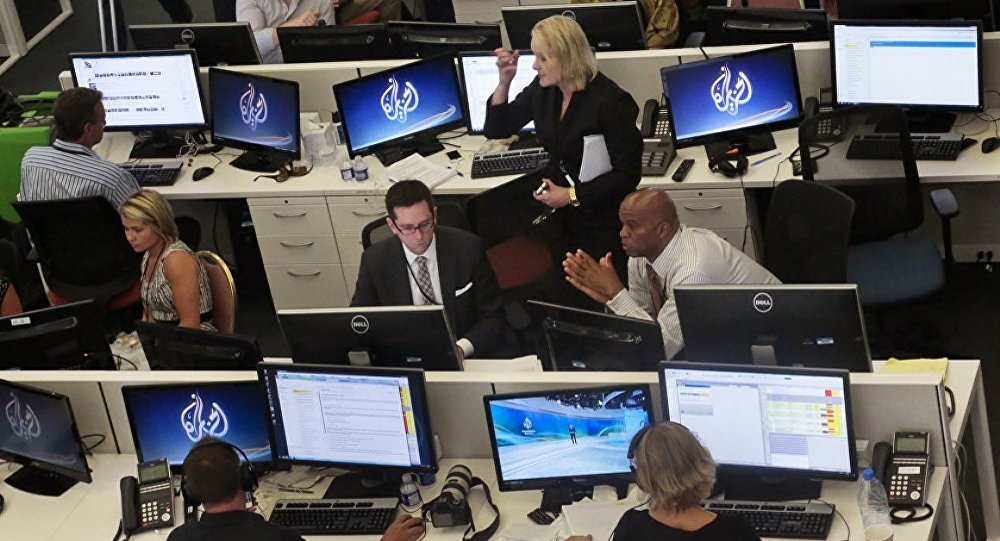 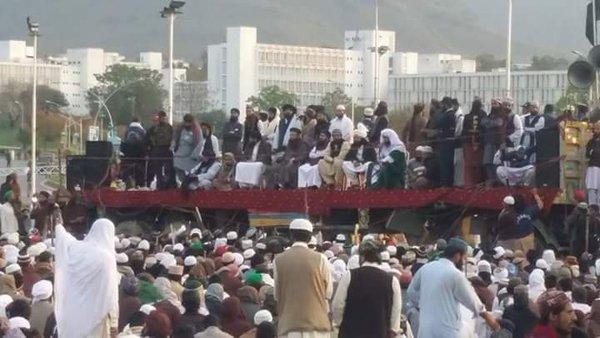 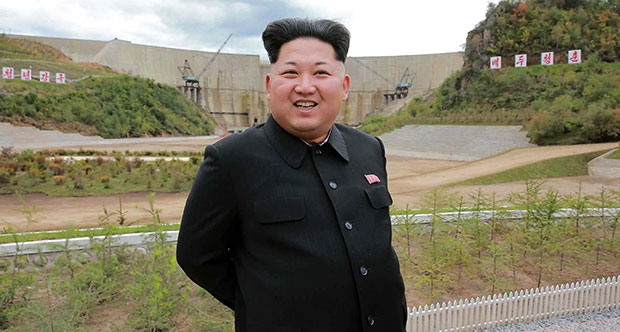